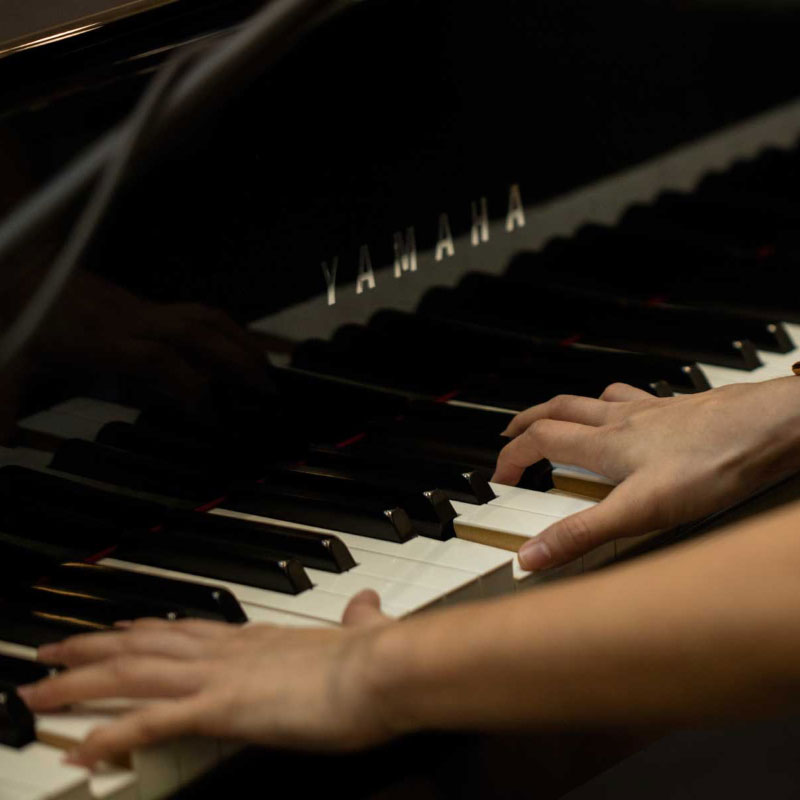 Joann Lorraine started her musical journey at the tender age of 4, and obtained her Associate of Trinity College London (ATCL) in Classical Piano at 12 years old. Subsequently, she found her interest in composition and performance. Her earliest commissioned work was a 4 hands Pastiche piano piece when she was 11, where she performed in the Victoria Concert Hall. She eventually broadened her scope by writing for film, theatre, orchestra & choir when she enrolled into Nanyang Academy of Fine Arts (NAFA) and learnt under the tutelage of Dr. Zechariah Goh, Mr. Eric J Watson & the late Iskandar Ismail.

She went on further to explore other musical genre such as Pop and Rock when she began to actively perform in events such as Pedestrian Night 2015 & 2016, New Year’s Countdown 2015 (Marina Promontory) and appearing on radio station 93.3FM in 2016, to name a few.